7 Priceless Stones Even Jennifer Aniston Would Be Jealous of ... 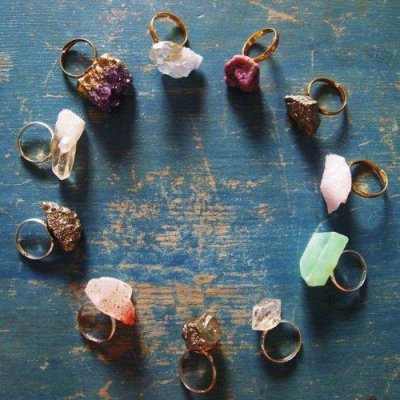 From the first pearl discovered by a hungry fisherman to the latest surge of delicate gemstone jewelry trends associated with Beyoncé, Kim Kardashian or Jennifer Aniston, priceless stones like diamonds, rubies and sapphires have fascinated humankind throughout history. But what are the most priceless and desirable stones ever to be put under a magnifying glass? Let's find out.

Garnets are normally deep red colored stones. Blue garnets also exist, but they are extremely rare. Generally, blue hues are only spotted on regular and color changing garnets. But even these are worth over $1,500 per carat, and the price can be even higher for a genuine blue garnet.

The Hope Diamond is one of the oldest, most controversial priceless stones in history. It is rumored to have been taken from an Indian idol, then sold to Louis XIV in 1668, only to become part of the French crown jewels. It was worn by Marie Antoinette, then it disappeared for more than 25 years, only to resurface during the Napoleonic wars. Eventually, it was sold to a banker known as Henry Hope, from whom it got its name.

This “ruby” is actually a 170 carat rough-cut spinel that was part of a murder intrigue which involved King Pedro “the Cruel” of Castille as early as 1367. Prince Edward (also known as the Black Prince) later saved King Pedro from his enemies and got to keep the stone.

Red diamonds are some of the rarest priceless stones in existence. Most diamonds are white, yellow or even brown. But red diamonds do exist, despite their rarity, and depending on the specimen, they can be worth well over $20,000 per carat.

One of the most unique priceless stones is the Koh-i-noor diamond. According to legend, it was stolen from Krishna while he slept. From Mogul emperors to Persian kings and to Queen Victoria, many famous historical figures have possessed the jewel, although it seemed to bring bad luck to most of its male wearers. Today, it is displayed in the Tower of London along with the rest of the crown jewels.

The purple sapphire of Delhi is called a sapphire, but it's actually a large amethyst. However, its true value is its story. It was taken from the Temple of Indra in India, and it was believed to have been cursed, having brought financial troubles, disease and even a suicide to the lives of its following owners.

The La Peregrina Pearl is a huge pearl discovered in the 16th century and offered as a wedding gift by Phillip II of Spain to Mary Tudor at their wedding. The stone has a history of breaking marriages. After Phillip found his new wife boring and unattractive and left for Spain, Mary Tudor died soon afterward. The current owner of the pearl is (or was) actress Elizabeth Taylor, who also had her ups and downs when it comes to marriage, having been married no less than 8 times.

Do you feel that priceless stones such as these can truly have the power to change lives? Which one would you want on your ring when your beloved proposes?